Welcome!
Close
Would you like to make this site your homepage? It's fast and easy...
Yes, Please make this my home page!
No Thanks
Don't show this to me again.
Close
THE PEACE OFFERING
Chapter 23 in "The Cross and Its Shadow" by Stephen Haskell 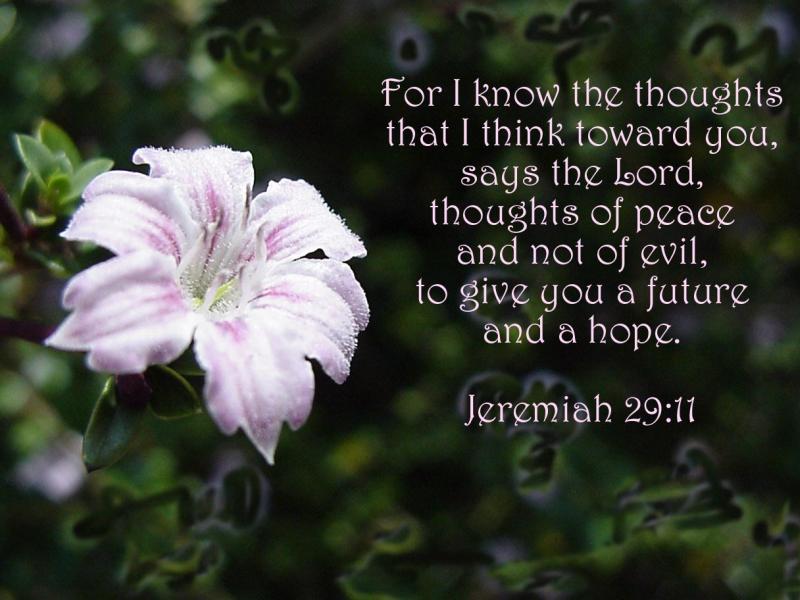 THE whole world is seeking peace. Nations are fighting for it, and thousands of men are selling their souls to obtain riches in the vain hope that riches will bring them peace and happiness. But there is no real, abiding peace except that which comes from the great Prince of Peace; and it is never received as the reward of war and bloodshed nor the grasping greed of the world. The last legacy the Saviour gave His disciples was a legacy of peace. "Peace I leave with you, My peace I give unto you:not as the world giveth, give I unto you."

The animals for peace-offerings were chosen from the herd or the flock. They were to be without blemish, for no deformed animal could fitly represent the Prince of Peace. (Lev. 3:1) The peace- offerings were made in token of thanksgiving, to confirm a vow or contract, and as voluntary offerings. (Lev. 7:12,16) It was a peace-offering with which Moses confirmed the old covenant with Israel. (Ex. 24:5-8) In times of special rejoicing, as we read in the Old Testament, the peace-offering was celebrated. When David brought the ark into Jerusalem, he offered peace-offerings and "dealt to every one of Israel both man and woman, to every one a loaf of bread, and a good piece of flesh." (1 Chron. 16:1-3)

The individual who offered the peace-offering laid his hands on the head of the animal, and then slew it. Afterward he separated all the fat from the different organs of the body, and the priest burned the fat upon the altar of burnt-offering. (Lev. 7:29-34) Not only was the fat given to the priest, but also the breast, the right shoulder, and the "two cheeks" of every offering.

The separation and burning of the fat typified the only way real peace can be obtained; viz., by delivering all our sins to Christ to be consumed by fire. (Ps. 37:20, Isa. 43:24) The Prince of Peace, the blessed Saviour, "gave Himself for our sins." (Gal. 1:3-4) He purchased them that He might destroy sin and give us peace. This was fittingly typified by the priest "who served unto the example and shadow of heavenly things," taking the fat from the hands of the one making the peace-offering, and burning it upon the altar.

The priest waved the breast and the shoulder before the Lord, then they were eaten by the priest as his portion of the peace-offering.

The disposition of the fat, the breast, and the right shoulder reveal the secret of obtaining peace.

The one who obtains peace must separate from sin, and then lean, like the beloved disciple, upon the bosom of the Saviour. When Christ told His twelve disciples that one of them would betray Him, they were afraid to ask Him who it was. They hardly knew their true relationship to the Saviour; but John, leaning upon His bosom, could look up into His face and say, "Who is it, Lord!" He felt confident that he would never betray his Lord. (John 13:21-25) 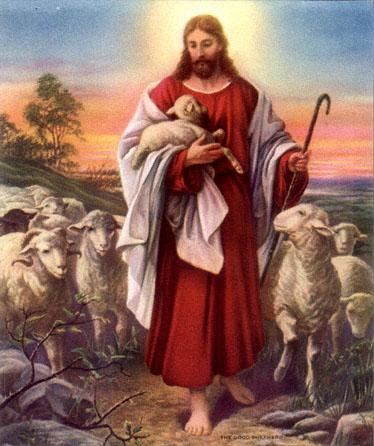 The prophet Isaiah understood the meaning in the presentation of the breast of every peace-offering to the priest, for in writing of the Saviour he says, "He shall feed His flock like a shepherd:He shall gather the Lambs with His arm, and carry them in His bosom." (Is. 40:11) The child of God to-day, who, like John the beloved disciple, leans on the bosom of his Lord, enjoys the real peace of God of which the peace-offering was only a type.

In the antitype of the priest receiving the right shoulder of every peace-offering, there is strength and blessing. We quote from the prophet Isaiah, who loved to write of the Saviour:"Unto us a child is born, unto us a son is given: and the government shall be upon His shoulder: and His name shall be called Wonderful, Counselor, The Mighty God, The Everlasting Father, The Prince of Peace. Of the increase of His government and peace there shall be no end." (Is. 9:6,7)

Notice, it is the one who realizes that Christ is his personal Saviour, and who lets the government of his affairs rest upon His shoulder, that receives never-ending peace. The reason we so often fail to receive abiding peace when we come to God is because we go no farther than if the individual in the type had given the priest no other portion than the fat. We confess our sins to Christ, and He takes them, but we give our confidence to worldly friends; we do not lean upon the bosom of the Lord, and make Him our confidant in everything, and trust Him to clear the way before us, as the shepherd cares for his lambs. We do not let the government of our affairs rest upon His strong and mighty shoulder. We fear to trust Him to manage our temporal affairs for us; and consequently, even after we have confessed our sins and been forgiven, we are soon entangled again with the perplexities and troubles of our every-day duties. Instead of having the peace of which there is no end, we have troubles without end. When we deliver the key, or control, of all our affairs to Christ, we shall find that He will open doors before us which no earthly power can shut, and He will close travel, and no ways He would not have them us power of earth can open to entrap our feet. (Is. 22:22)

After Samuel had anointed Saul to be king over house, and Israel, he brought him to his "said unto the cook, Bring the portion thee, of which I said which I gave unto thee, Set it by thee. And the cook took up the shoulder, and that which was upon it, and set it before Saul," and Samuel bade him eat of it. (1 Sam. 9:23,24) If Saul had comprehended the wonderful lesson typified by this act of Samuel, he would have placed the government of the shoulder of the great Prince of Peace, and not have made shipwreck of his life work.

There was another feature of the typical peace-offering which every one should consider who wishes to experience the abiding peace of the antitypical peace-offering. The two cheeks of each peace-offering were given to the priest. (Duet. 18:3) The great antitypical Prince of Peace could' say, "I gave . . . my cheeks to them that plucked off the hair: I hid not My face from shame and spitting." (Is. 50:1) And to the one who would enjoy the peace that the world can neither give nor take away, He says, "I say unto you, That ye resist not evil:but whosoever shall smite thee on thy right cheek turn to him the other also." (Matt. 5:39) Job, who the Lord said was "a perfect and an upright man," could say, "They have smitten me upon the cheek reproachfully." (Job 1:8; 16:10) The child of God is often asked to bear reproach and shame for Christ's sake.

After Abraham had received the promise that Sarah should have a son, three angels visited the patriarch as "he sat in the tent door in the heat of the day," no doubt pondering on the promise; and in token of thanksgiving he at once prepared a peace-offering for them of unleavened bread and flesh; and they ate of it, and immediately confirmed again to Abraham the promise of a son. (Gen. 18:1-10) It might have been on account of the perversion of the peace-offering and losing sight of its significance, that the children of Israel formed the habit of continually eating flesh.

There was one rigid restriction in the eating of the peace-offering. The flesh was all to be eaten upon either the first or the second day. The command was very plain:"If any of the flesh of the sacrifice of his peace-offerings be eaten at all on the third day, it shall not be accepted, neither shall it be imputed unto him that offereth it:it shall be an abomination, and the soul that eateth of it shall bear his iniquity." (Lev. 7:18)

This offering, which could be offered by rich and poor alike at any time of the year and as often as they chose, was a significant type of the resurrection of the Prince of Peace. The Jewish economy of types and shadows is truly a "compacted prophecy of the gospel."

In the warm country of Palestine the body would begin to decay upon the third day. Of Lazarus Martha said, "By this time he stinketh:for he hath been dead four days." (John 11:39) But the psalmist, in prophesying of the resurrection of Christ, said, "Neither wilt Thou suffer Thine Holy One to see corruption." Ps. 16:10) David knew the Saviour would live the third day. Those who lived near the Lord saw the light that was reflected from the typical service.

It was upon this truth in regard to the resurrection of Christ as taught by David and typified in the peace-offering, that Peter based his strongest argument on the day of Pentecost. (Acts 2:25-32) Paul evidently referred to the types of the Passover and the peace-offering when he taught that "Christ died for our sins according to the Scriptures; and that He was buried, and that He rose again the third day according to the Scriptures." (1 Cor. 15:3-4)

The eyes of even the disciples were so blinded by sin and doubt that they could not discern the light that flashed from the sacrificial offerings. Just as the moon reflecting the rays of the sun gives sufficient light to guide one safely through the night, so the light of the great antitypical Lamb of God, reflected from the Levitical laws and sacrificial offerings, was sufficient to lead the people safely unto the kingdom of God.

There are many people to-day who long for peace, and claim to feast upon God and His word day by day, and yet they stumble along in darkness; because, like the one in the type, who ate of the flesh the third day, thus signifying that he believed the Lord still dead, they go through life mourning as if the Lord of life and glory were still lying dead in Joseph's tomb instead of being alive in heaven at the right hand of the Father, ready to send light and help to every trusting follower here upon the earth.

The message He sends to us from the heavenly sanctuary is, "I am He that liveth, and was dead; and, behold, I am alive forevermore." (Rev. 1:8) 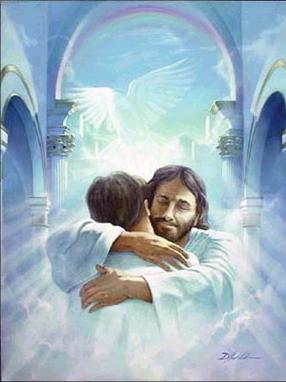 "The Cross and Its Shadow" Chapter 23, pp. 153-161
Stephen Haskell was first introduced to Sabbath keeping Adventist in 1853 at the age of 22. He served as an Adventist evangelist, church administrator, missionary, writer, and Bible teacher over the next 67 years.