Do we know the difference between the law of sin and death in (Romans 8:2)
and the Holy, Just and Good Law of God. (Romans 7:12)

One person wrote me saying:

Paul asks, "God forbid, I won't know what sin was except for the law, for I had not known lust, except the law had said, Thou shalt not covet. " (Romans 7:7)

But God's holy law, Paul says, shows that we are sinners and the wages of sin is death. (6:23)

So we see Paul is speaking of TWO different laws here. In despair the person enslaved by the law of sin within his members cries out, "Who will deliver me from the body of this death?" He doesn't cry out to God to take away His righteous moral law, but to deliver him from that other law of sin that seems to be master in his body. So Which Law are We Freed From?

Are we freed from the law of sin and death that reigns in our members, or are we released from the just and holy law of God?

Paul makes it very clear in these chapters that without Christ we are slaves to sin, from which only Christ can set us free. He takes us through the steps of justification and on to sanctification. He told us in chapter six of Romans that "sin shall not be your master" He is saying we do not have to be enslaved by sin, we do not have to sin. He is not talking about a way to continue in sin, and get away with it. These passages are not about the removal of that which identifies sin so we can continue sinning without feeling guilty. He is not coming up with a way to rationalize our sinning. He is giving us the good news that God will FREE US FROM SIN so we can be servants to righteousness. (6:18) 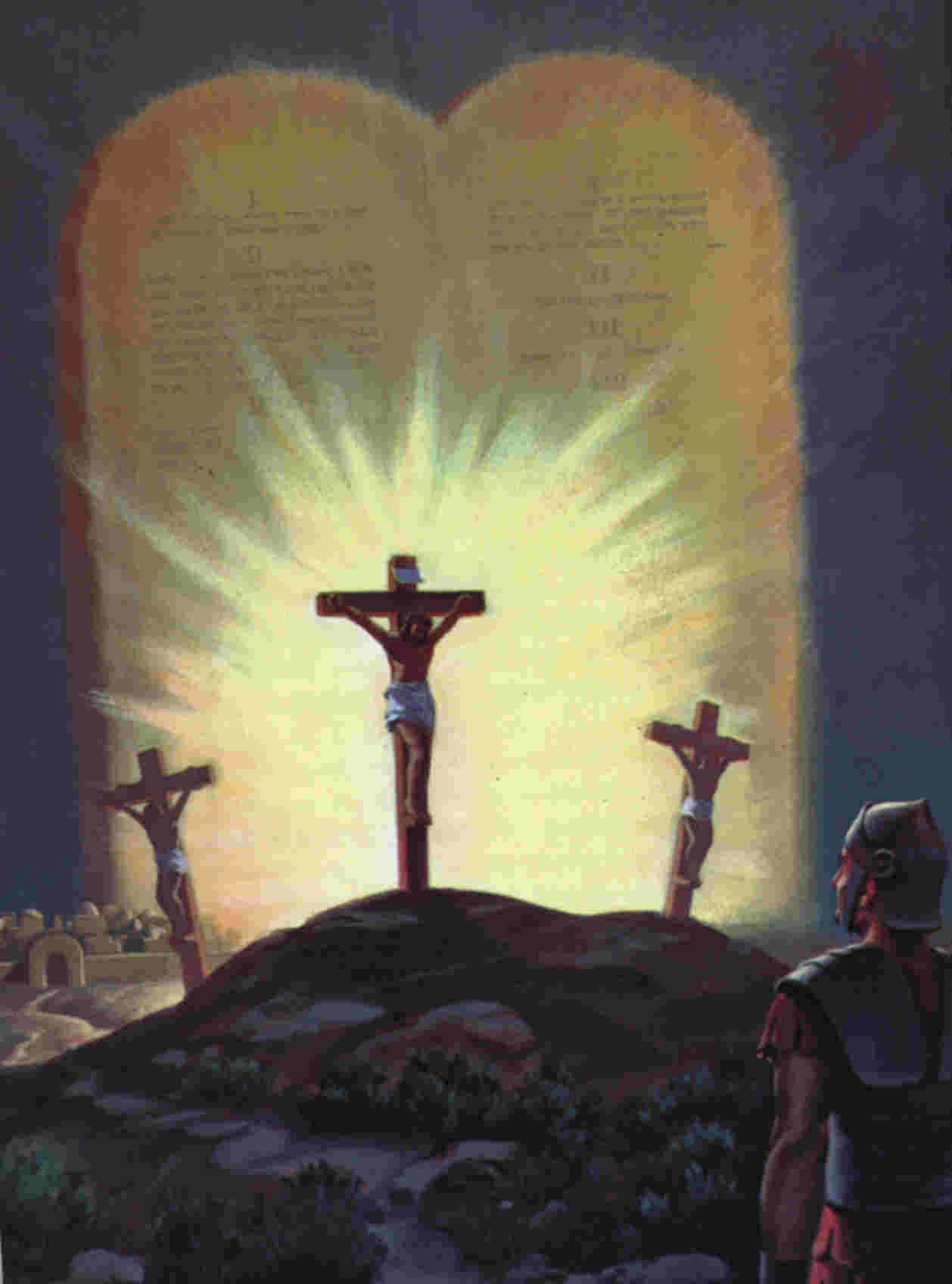 Paul is not telling us that Christians, this side of the cross, are free to disregard God's commandments and be exempt from punishment. Rather, he is giving us the good news that we do not have to be slaves of sin, that sin does not have to be our master--because God will give us the grace, the power, to break its hold over us!

On the one hand Paul rejects the law as a means for justification. For nothing we do will ever justify us — we have nothing to boast of ourselves, for we have all sinned and stand condemned by the law which defines sin.

Paul establishes the role of the law in sanctification.

Why have people chosen selected portions of Paul's writings and twisted them into saying God's righteous, just and good law must be gotten rid of? No, what we need is a "new heart and mind" upon which God's law is written, loved and seen as the great way of life.

Don't they know that when they teach that God's law is abolished, that their interpretation not only releases people from observing the SABBATH (which is their primary and biggest goal) but also all the other 9 commandments. If the commandments really are the slavery, yoke and bondage they attribute to them. It would have to include release from all ten. If the Sabbath is gone so are all the other nine commandments.

But, no, that is not the message at all.

The cross is central to our whole understanding of righteousness by faith, and it does not stand in opposition to the righteous ways and commandments of God.
People have claimed they were cast out of churches "for the cross" when in actuality it was because they belittled the commandments.

Those who have spent time at the cross will not belittle God's righteous, just law. For, if that law could be changed or set aside, or if sin could be ignored, then Jesus would not have needed to die! There would have been no need for the cross.

Calvary stands before all the universe as the irrefutable proof of how God feels about His law. Then to suggest that the God Who would not, could not, change His law, even to save the life of His own Son, would then turn around and throw it away and tell us we could disregard the parts of that law which we think are not important, is absolutely unthinkable!

A broken law is what made Calvary the only way to save people!

But Satan hates that righteous, good and just law. He will wage war against it with all the cunning and skill he can muster. Revelation tells us he goes forth with GREAT FURY against those who uphold these commandments. (Rev. 12:17)

Satan also hates the cross. He hates it because it spelled his doom, because it deprived him of the last shred of sympathy from the unfallen universe in his defiance against the government of God.

So now he uses the cross as a weapon against God! he would paint it over, he would confuse it, he would cause it to be misunderstood.

but Satan has reserved his cruelest deception for the last-day Christians. For he goes out with great fury against the last remnant of God's people who keep the commandments of God and have the testimony of Jesus. (Rev. 12:17)

He would make it appear that the cross, instead of spelling the doom of his rebellion against God's laws, would appear as vindicating his claim that, that law was an evil burden, a yoke and bondage.

He would blame God's laws for causing sin in the first place. He would call God's laws a bondage and a yoke and a curse.

He would use the CROSS to persuade people that they were released from the righteous, good and holy law of God and free to follow their own inclinations.

And people follow willingly, not realizing that "there is a way that seems right to a man, but the end thereof is death (Pr. 14:12) And that "The heart is deceitful above all things (Jer. 17:9) and cannot be trusted without the clear "Thus says the Lord."

That is the root of the problem-- people want permissive laws to match their permissive hearts. Is it not strange that this generation has more people claiming to be Christian, with most of them showing no evidence whatsoever that they are different from the worldling.

What happens when someone spends time contemplating the sacrifice of Christ upon the cross? If his heart is open, he will come away forgiven, and clean. He comes away a new person, with totally changed motives and a desire to obey God. 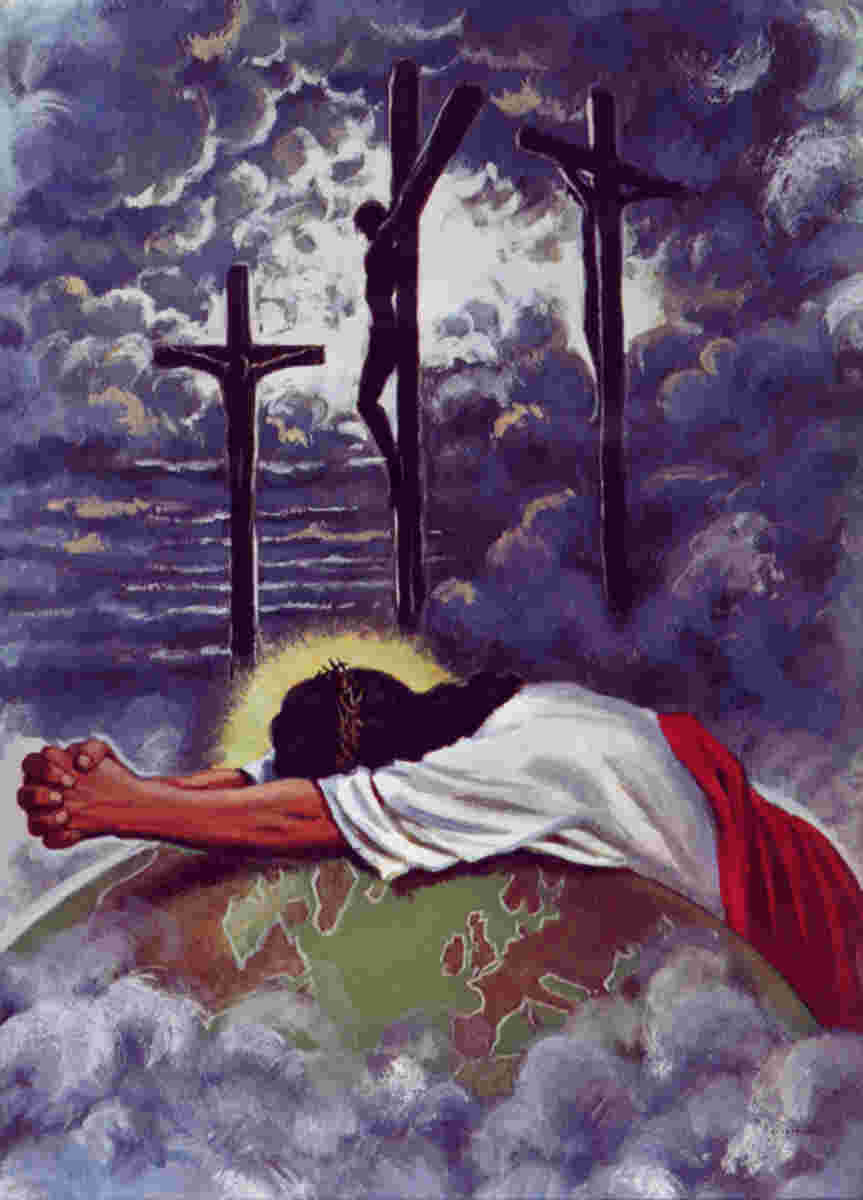 When we see the agony of Christ, there in Gethsemane, with the guilt of our sins placed upon HIM,-- [our sins, our transgressions of that holy, righteous law of God], sweating drops of blood because of the devastating separation sin causes between the ONE who carried the sins and God. In His agony He clings to the cold ground, as if to prevent Himself from being drawn farther from God. When we see the terrible results of sin upon the spotless Son of God, how could we be so calloused as to come away belittling that law which God Himself could not change or remove or set aside, but, because of His love for us, gave His Son to pay the penalty for it's violations.

How our hearts should swell with love for Christ, and be totally appalled by sin -- Never would we belittle the righteous law of God -- it will stand forever -- For IT IS THE LAW OF LOVE FOR GOD SUPREMELY AND OTHERS AS OURSELVES.

The Battle at the Cross
Return to Home Page